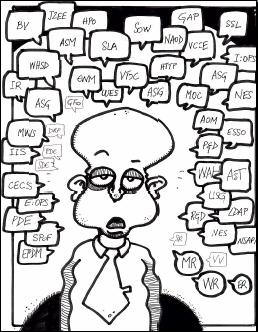 What does EFL, TESL, TEFL, EFL, TOEFL, TOEIC and all that stuff mean?

Any profession has its own terminology and TEFL acronyms in this industry is no different:

ELT: English Language Training: refers to English as a second or foreign language training and is widely used in the UK.

ESL: English as a Second Language: Someone whose mother tongue is not English learns English as a second language if they study English in an English speaking country. For example: a Korean in Canada learns ESL.

EFL: English as a Foreign Language: A person whose mother tongue is not English learns English as a foreign language if they study the language in a non-English speaking country. e.g. a Korean in Korea studies EFL.

TESOL: Teachers of English to Speakers of Other Languages: an acronym of a professional association in the USA and is also used to refer to the field itself. This term is more commonly used in the US, while Canada uses the acronym TESL. The terms are used interchangeably.

TOEIC: Test of English for International Communication: a test developed to measure a non-native speaker's ability to communicate in English. This is exam is more readily recognized in Asia and Europe.

TOEFL: Test of English as a Foreign Language: this test is used to determine a non-English speaker’s ability to understand and speak English. Universities and colleges often ask for the scores of this exam when admitting students who are non-native speakers of English.  We offer a course on this website that illustrates how these type of tests work and how to help your students improve their performance on them.  The course is called How to Teach Standardized Examinations.

ESP: English for Specific or Special Purposes: the focus of ESP is on terminology used in specific fields such as law, medicine, technology, finance. While knowledge of the subject and its terminology is important, it is important to remember that it is the usage of the English language in a specific context which is being taught.  Teaching business English is probably the most common example.

EAP: English for Academic Purposes: preparation for high school or university studies in an English speaking country. A more formal approach is generally taken in teaching EAP, with focus on reading, writing and presentations.