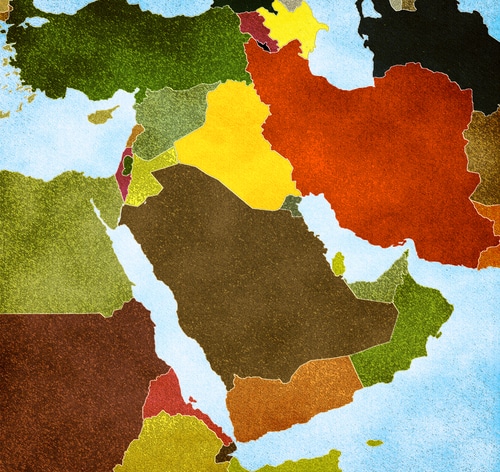 For the moment we are going to focus more on the Middle East TEFL jobs of the Gulf States and we will add other regional states.

The two big players for TEFL jobs in the region are the United Arab Emirates (UAE – primarily Dubai and Abu Dhabi) and the Kingdom of Saudi Arabia (KSA).  Both have high demand for teachers and both tend to pay well. Better qualified and more experienced teachers tend to head for the UAE where the culture is not quite so restrictive.  Less experienced and qualified teachers head to Saudi Arabia where wages and benefits are still quite good, but the culture a bit more difficult to adapt to.

The weather is hot hot hot in the summer, but the other seasons can be quite comfortable.

The political situation in the KSA and UAE is stable, but the region itself is subject to political instability and occasional acts of terrorism.  The eastern province of the KSA recently and historically, has had problems as well.

The Gulf States, the Arab states in the Arab Gulf or Persian Gulf depending on which country you ask, tend to pay well, provide good benefits including airfare, free accommodation, sometimes even plane tickets home mid-contract and good end-of-contract gratuities.  Some countries even subsidize utilities and you will find gasoline (many places you will want or need a car) very inexpensive.

Because the bar scene is not a traditional recreation in the Middle East, what often substitutes for it is an excellent restaurant scene.  Riyadh and Jeddeh in Saudi Arabia have a very wide variety of restaurants reflecting the foods of the many nationalities of people working there.  And most of the excellent eateries are modestly priced. You will find this theme throughout the region.