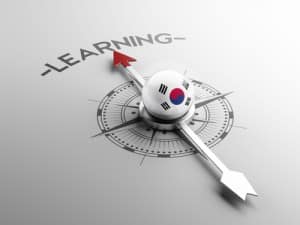 The Best TEFL Jobs in Korea

We are recruiting for public school jobs in South Korea, some of the best jobs you will ever find when first starting out in TEFL.  TEFL jobs in Korea are the best anywhere.  Especially when you are starting out as a newbie.

But first, let’s tell you about the jobs.

For most teachers there will be twenty-two classes in each week.  Elementary level classes are forty minutes long and middle and secondary school classes are usually fifty minutes.

Why teach English in Korea?

Working hours are typically 8:30AM to 4:30PM with no weekends and no split shifts. The work week is Monday through Friday.

The jobs are available in a variety of areas, but be aware that jobs in Seoul are the most competitive.  It is often advisable to start in a smaller city (just a few million instead of twenty-five million).  Korean cities can be huge by Western standards.

We work with Korean Horizons and they place only in reputable public schools, the best jobs to be had in Korea.  No worries about shady hogwan schools that might pay you, or might not!  These are essentially government jobs.  TEFL jobs in Korea are the best to be found anywhere.

You need to apply NOW as the interview and visa process can take several weeks and school is starting soon!

Wages are in accordance with the government’s pay scale and Korea pays more if you are willing to work outside the biggest cities and the benefit there is higher wages and lower cost of living.   Wages start about two million Korean won (US$1700) and run to about 2.7 million won (US$2300).  Benefits can vary depending on the specific province and municipality where you will work but usually include airfare paid at the end of your contract, free accommodation, very low income taxes and more paid time off than you are used to in most Western countries. While wages in Korea sound modest, where else can you start out with a new job – at entry level – and save US$1000 a month or more.  Yeah, that’s why so many people head to Korea to get their start.

The best thing to do is to inquire directly at Korea Horizons using our contact form.  Alistair will be happy to help you sort things out.  Be sure to give him a good summary of your education and if you have any previous experience.

Be aware that you will need a bachelor’s degree and a passport from the USA, UK, Canada, Australia, New Zealand, South Africa or Ireland.  Korea can be a fairly competitive job market and some employers will also request a TEFL certification.

Please note: Eligibility for a position does not guarantee a job.  Final decisions about placement are not made by TEFL Educator/ TEFL Boot Camp, but rather by the school or placement officer in Korea.

Use this form to learn about jobs in South Korea